As climate negotiators gather in Marrakech for COP22, we must shine a spotlight on the world’s 1.1 billion people living without electricity, not only because they are the most vulnerable to climate change, but because they also offer a roadmap for the rest of the world on how to build a decentralized, democratized clean energy future. This roadmap would achieve universal energy access and, by 2030, eliminate a gigaton of CO2e each year—equal to eliminating the emissions of Germany, the world’s 4th largest economy.

Replacing kerosene lamps with decentralized solar has been termed the “low-hanging fruit” of the climate world. No wonder. Eliminating the use of kerosene lamps alone will save 240 million tons of CO2e—equal to taking 80 coal-fired power stations offline. As an added bonus, it will reduce the risk of chest infections and cancers, fires and poisoning and child mortality. It will provide benefits to education, enterprise and opportunity, and it will save those living in some of the world’s poorest communities $23 billion every year.

Diesel generators, ubiquitous across emerging economies, tell a similar tale. Without clean, reliable power, business growth is restricted, income limited and employment curtailed. A lack of electricity costs Africa 2-4% of its GDP each year, and hinders economic development across much of Asia. Small diesel generators create 2x the CO2 emissions per kWh than coal power, with costs both to the environment and to national governments through the subsidisation of oil-based fuel. Yet larger rooftop solar systems and renewable mini-grids are boosting jobs and enterprise, whilst eliminating emissions. Ultra-efficient appliances for off-grid communities are catalyzing innovation, enabling greater productivity, and showing the emerging shoots of a new ‘Green Revolution’.

Decentralized renewables also have a role in climate adaptation and response. Many of the communities most affected by climate change—and most vulnerable to its impacts—are in energy poor regions. In South Asia, a 2-5% rise in temperature will lead to extreme droughts and floods, rising sea levels, melting glaciers, and declines in food production—leaving 63 million people in India at threat of starvation. In Africa rice, wheat and maize yields in sub-Saharan Africa will decline by up to 14%, 22% and 5% respectively by 2050.

In regions with high levels of rain-fed agriculture, solar irrigation is helping farmers increase their crop yields by over 300%, while in Malawi following catastrophic flooding in 2014, solar lanterns were rapidly deployed to relief workers to support rebuilding efforts. The distributed nature of small-scale power also plays an important role in resilience, as seen most recently in Haiti, after the recent devastation of Hurricane Matthew. While grid lines to many regions in the south of the country have still not come back online, renewable mini-grids were able to provide power after only 55 hours.

As the world turns its focus to energy and a sustainable future, we call on all leaders—across government, industry and civil society—to ensure that those living without clean energy are not forgotten. The energy that can power more than 1 billion people is the same energy that can help to combat climate change—and it has vital lessons for us all.

Wheeldon, is the Senior Communications Manager at Power for All. 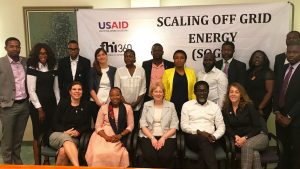 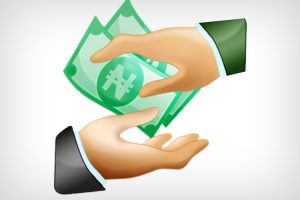