US Secretary of State, Michael Pompeo, has announced his country’s formal lodgment of processes to withdraw from the Paris climate change agreement which it initially signed as part of a global push to mitigate climate change impacts.

“Today the United States began the process to withdraw from the Paris Agreement,” said Pompeo, in a statement from the state department.

“Per the terms of the Agreement, the United States submitted formal notification of its withdrawal to the United Nations,” he continued, adding that the withdrawal will take effect one year from delivery of the notification.

Pompeo stated that as noted in his June 1, 2017 remarks, President Donald Trump made the decision to withdraw from the Paris Agreement because of the unfair economic burden imposed on American workers, businesses, and taxpayers by the pledges the country made under the Agreement.

According to him, the US has reduced all types of emissions, and ensured access to affordable energy for its citizens whilst growing its economy.

He indicated the US has also explored and used its diverse energy sources responsibly, with consideration of the realities of using all its energy mix.

“Our results speak for themselves: U.S. emissions of criteria air pollutants that impact human health and the environment declined by 74 per cent between 1970 and 2018. U.S. net greenhouse gas emissions dropped 13 per cent from 2005-2017, even as our economy grew over 19 per cent.

“The U.S. approach incorporates the reality of the global energy mix and uses all energy sources and technologies cleanly and efficiently, including fossils fuels, nuclear energy, and renewable energy,” said Pompeo, who noted that in international climate discussions, the US will continue to offer a realistic and pragmatic model.

Such model to be offered by the US, he explained would be backed by a record of real-world results, showing innovation and open markets lead to greater prosperity, fewer emissions, and more secure sources of energy.”

Further expressing the roles, the US would play in the global climate change conversation, Pompeo said: “We will continue to work with our global partners to enhance resilience to the impacts of climate change and prepare for and respond to natural disasters.

“Just as we have in the past, the United States will continue to research, innovate, and grow our economy while reducing emissions and extending a helping hand to our friends and partners around the globe.”

Just like they did in 2017 when Trump announced the US’ intention to withdraw from the pact, experts and policy analysts across the world have responded to the development, with claims that it could potentially affect the fight against climate change.

Washington-based Atlantic Council which promotes constructive leadership and engagement in international affairs, provided excerpts of comments by its experts on the development.

For instance, it quoted Richard Morningstar, who is the founding chairman of Global Energy Center and a former US ambassador to the European Union to have said that this could create a potential leadership vacuum in the implementation of the pact.

“The United States’ withdrawal from the Paris Agreement creates a massive leadership void in addressing one of the urgent global security issues – climate change. This void will be filled by China and the European Union (EU).

He further noted that energy suppliers with a lower carbon footprint will be more competitive as the incoming European Commission ramps up its efforts to decarbonize and sets its eyes on implementing a carbon border tax.

“As the Unites States competes for a larger share of the EU’s gas market, greenhouse gas emissions reduction and capture will be key attributes, even if the United States finalizes its withdrawal from the Paris Agreement,” he added.

In his reaction, the Deputy Director, Climate and Advanced Energy at the Global Energy Center of the Atlantic Council, David Livingston stated that it was a disappointment, and that entities with control over future US emissions needed to step up with bold leadership and work to determine the trajectory.

According to him: “While a disappointment, the United States’ notification of intent to withdraw from the Paris Agreement was already largely “priced in” to political discourse and expectations.

“What matters most now is continued bold leadership – and hard, prosaic work – by the entities that have at least as much control over the future US emissions trajectory as the Federal government. These entities include corporations, which are under more pressure than ever to articulate their business model in terms of a net zero carbon economy by mid-century, as well as states, which continue to shape the contours of American energy policy.”

Livingston said that that many states will continue to lean into the job and wealth creation opportunities of the clean energy economy, including those states that are putting in place the building blocks to create an entirely new, multi-billion-dollar offshore wind sector in the United States.

“Washington may not be firing on all cylinders at the moment, but this does not mean that we will not see continued American leadership in the energy transition from governors, mayors, CEOs, and citizens,” he added.

Similarly, Karen Orenstein, who is the Deputy Director of Economic Policy at the Friends of the Earth, stated in a statement that Trump has with the development showed that he was less of an altruistic leader.

Orenstein, claimed that Trump, “is more concerned about protecting his golf courses than he is about climate change-fueled flooding that could threaten 300 million people living in coastal areas by 2050.”

According Orenstein, world leaders must not wait for Trump, “and must not use his moral bankruptcy as an excuse for inaction. The rest of the world must implement the Paris Agreement without the United States.”

She called on rich countries to take the threat caused by climate change far more seriously and make their mitigation and climate finance commitments commensurate with what climate science and justice demanded.

Orenstein stated that when the US has more sane leadership and rejoins the international community, the Paris Agreement would need to have been substantially more equitable and ambitious.

“While Trump’s White House works to destroy the environment, Congress must move the international climate agenda forward by supporting the Green Climate Fund Authorization Act of 2019, introduced by Representative Adriano Espaillat (D-N.Y.). This bill would facilitate the provision of funds needed for developing countries to deal with a climate crisis that is not of their making,” she added. 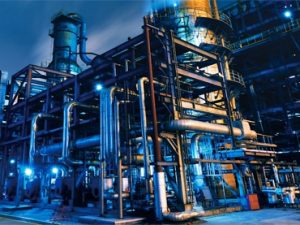