Exactly 365 days ago, we formally launched Offgrid Nigeria, after we came to terms that, “it is always better to light a candle than to curse the darkness.”

When we decided to look this path, we had realized that in the face of our hopelessness with poor grid electricity supply, repeated but futile government pledges of better days for the electricity sector, and of course, the many troubles that had come to define Nigeria’s power sector, there was hope after all in a new solution that existed but was rarely talked about in Nigeria.

Despite the immense sun hours, the very rich wind speed, heavy water flows, and heaps of wastes across Nigeria, renewables were still looked down on as sustainable energy sources.

Deliberately but decidedly, we chose to pick up and tell the stories of renewable energy in ways that they had never been told before. We knew renewable energy which has a lot of potential, and had gained a lot of momentum in other climes but Nigeria, needed to be seen and heard of by electricity-starved Nigerians. We also knew it works and could take a lot of Nigerians out of darkness.

But to tell the stories of this sector, to change the unhealthy narratives it has had in the past, we had to be bias, and also had to go with the maxim that it is more worthwhile to do some good, however small in response than to complain.

Thankfully, that decision which became a reality on October 1, 2016, was firmly supported and has being sustained by the leaps in developments that have come to embrace renewable energy in Nigeria.

Over the last one year, we have seen new and refreshing renewable energy deals signed to advance the bounds of the market, seen government take bold and promising steps for renewable energy, witnessed communities and people with no electricity smile heartily to the first switch on of a light bulb in their homes, and seen new and noble conversations defining the fate of renewable energy in Nigeria.

With a very grateful heart – especially to Power For All; REAN; Ify Malo and Segun Adaju (who both co-wrote an incisive inaugural piece); Ifeanyi Orajaka; Yusuf Suleiman; Tinyan Oghieor, and the entire industry for the many supports we have got in our first year, we have come to accept that the decision to change the narrative of Nigeria’s renewable energy was not out of place, and that we are here because renewable energy promises over 80 million Nigerians the gateway out of darkness.

We know the next years will be exciting, but we will still be here cheering on because that is why we are here. 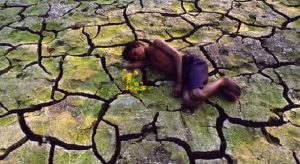