On the back of his recent All Africa Business Leaders Awards for West Africa (AABLA) by the CNBC, hugely resourceful CEO of Blue Camel Energy, one of Nigeria’s frontline renewable energy firms, Yusuf Suleiman spoke to OGN on his considered business outlook for the sector in 2017. He also talked about other issues relevant to the operations of the sector. Excerpt.

Nigeria in 2016 formally declared she was in an economic recession, what was it like for the RE sector in the past year?

2016 was a very interesting year because two or three events played themselves out for us in the renewable energy sector.

The first was that the foreign exchange impacted on our ability to do our work, and I won’t say our capacity declined as regards total turnover but I will comfortably tell you that our margins reduced because it had to do with people’s earnings which depleted by about 50 per cent and that simply meant that people who walked in here to place orders could no longer do that as other competing needs that are more important than energy – feeding, school fees and household demands, remained constant. If you understand that, then you’ll certainly see the impacts on our margins.

Further in terms of the forex impact, the batteries we sold for N50,000 before and made some good margins, are now sold for N120,000 or more and the cost of landing increased by about 300 per cent, indicating that the same USD you’ll need to land a battery went up by that percentage, hence the need for adjustments at every levels.

Were there things that needed to be done to overcome these but didn’t happen?

Yes, the cost of clearing, certainly needed to be adjusted but it didn’t happen. It rather continued to rise even though cost of shipment and others reduced.

It was a tough year altogether because on the other side, there were no significant government projects pre and post-election, and what that means was that sales were low and the only thing keeping us in the market now is that the energy situation is getting worse and on the back of the importance of energy, people are readjusting their priorities in energy demands and how much money that is being put into it, so as expensive as it appears though, there are still demands.

So demands for renewable energy supplies are still healthy then?

Frankly, my books indicate that if you pull out government and private bank’s projects, there is an increase in sales from private people because they are getting fed up with bills and costs incurred on diesel which has also contributed to the healthy sales.

Were there peculiar challenges with overall projects’ implementation in 2016?

No, equipment were still available as long as you were willing to buy at available rates, however the USD/Naira rates shouldn’t have really impacted the costs of equipment if we had access to forex. We had no access to forex for renewable energy equipment and depended on parallel market rates.

The biggest impact that we have so far is that most of our deployment to consumers are not paid on spot, they are either paid up after completion or partly paid and the other parts of the payments take a while to come, at which point the forex shifts impact on our margins, in fact, at every point in time, we discovered there is always a N100 million debt from this shifts and delays because values change.

Were there formal complaints from operators’ groups like SEPAN that you serve as secretary?

Yes, there were complaints from SEPAN, especially when we met with various stakeholders groups. We had a meeting with the Nigerian Economic Summit Group and Heinrich Boll was very active in that.

Various groups like the CBN, Nigerian Customs and others sat down with us to talk about why we were (and are still) not enjoying any form of consideration and there were blame trades between the customs and finance ministry.

This makes it quite difficult for the Customs to change the code unless there is some sorts of policy readjustment from top authorities like the CBN and ministry of finance, and perhaps the legislatures because we did not see the impacts of this when we ratified and signed this agreement.

This implies that the ratification now hurts the country’s RE plans?

That is right, and the only way out of it perhaps is to give special waivers to importers and we all know how that has been abused in the past and this time when the country is saying its financial resources are shutting down, it is maybe not the best time for them to consider waivers.

What about the pioneer status law, isn’t the RE sector entitled to this in the form of tax exempts?

Well, there is no document or policy anywhere to my knowledge that suggests that, this is as far as I know.

With regards to the planned customs rate review, do you have an idea of what its outcome are?

Before now, we had a major challenge which is, why are batteries which are the most expensive RE component than any other components involved not enjoying exemptions? And its HS code is different from other solar components like the PVs and are billed at 20 per cent while solar PVs and cells are 5 and 0 percent respectively.

How many people bring in solar cells asides NASENI which is not wholly government owned and as such does not impact on the sector? More importantly, we asked the Customs why that is happening and they claim that it is difficult for them to differentiate between solar deep cycle batteries and car batteries and that if they applied that, a lot of people who import car batteries could hide under that to bring in their batteries; and I don’t think that is enough excuse because identifying both shouldn’t be difficult.

What’s your projection for the country’s RE sector in 2017?

I tell you one thing based on my previous knowledge on practical scenarios that I have been involved with in government projects, usually the amount of money invested in RE projects are only about 20 to 30 per cent of actual budgets, and so the others go into the pocket of individuals whose consumption pattern increases.

I see a situation where the government spending has a directly proportional impact on the amount of activities in this industry both by direct government projects and individuals.

I think that in 2016, there were no impactful projects that could trickle down funding into people’s pocket but if the new budget is to be considered and properly implemented, we are perhaps expecting some increase in the level of activities this year by direct government projects and with the elections close by, people will realise that they need to deliver projects and quite a number of them are renewable energy projects – solar powered boreholes, street lightings and a number of others, I see this actually impacting on the market this year.

“if the new budget is to be considered and properly implemented, we are perhaps expecting some increase in the level of activities this year by direct government projects and with the elections close by, people will realise that they need to deliver projects and quite a number of them are renewable energy projects – solar powered boreholes, street lightings and a number of others, I see this actually impacting on the market this year.”

Do you think it will make economic sense to see big municipal markets in the country go off grid?

That is what we have being canvassing for a while now. A lot is tied down to the existing agreements between operators in the Nigerian electricity market, which are not allowing us to play well in the sector.

We are trying to unbundle that and are in discussion with the Discos to allow customers who are willing to pay for uninterrupted power to be serviced by us. And the existing mini grid regulation is also not helping matters because we shouldn’t need to go through almost impossible processes to service people who are not connected to the existing grid. This needs to be unravelled to enable improved renewable energy deployment in the country.

We have done some feasibility works on the Wuse market in Abuja and are also talking with some guys who are trying to redesign the market in Kaduna to incorporate renewable energy.

Markets and public parks really shouldn’t be on the grid, we can free their consumption for the country’s heavy industries to use for their production. These are some of the first options we can consider for solar and individual consumers don’t need so much power. 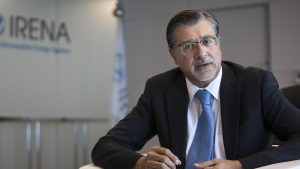 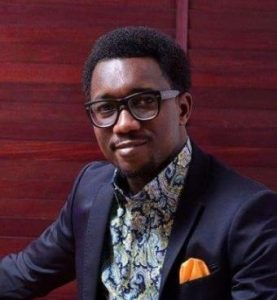