2021: How renewable energy dominated US stock market in January

In 2020, it was a mixed bag of realities for the world’s markets; from the low dips in March initiated by the sudden lock-down of the earth by the COVID-19 to the astronomical highs that succeeded them afterwards, the erratic market movements were enough to give the most seasoned traders shivers, yet the year ended well owing in part to the incredible performances of renewable stocks.

With NIO – the Chinese electric vehicle company climbed rapidly on the rung after almost going bankrupt at the beginning of the year which it closed at $48.74 on December 31, and Elon Musk’s Tesla – a huge high performer, on the vanguard, the market saw renewable stocks crush indicators.

In January 2021, the trend did not seem to have abated as alternative and clean energy companies made very strong gains in the market.

Market reports showed that the trend was also recharged by the emergence of President Joseph Biden, a leader who has promised to put America back in the driver’s seat of the global renewable movement.

Biden has begun to make good on his promise by immediately signing an executive order for the US to rejoin the Paris Climate Agreement on his first day as president.

He has also called on the American Congress to pump over a trillion dollars into renewable and alternative energies, including funding into research for new energy dense liquid fuels and designing of newer and smarter energy grids.

The signs perhaps are promising for the alternative energy market which is why some of the best performing stocks in January have all been from the sector.

According the NASDAQ, Tesla and ENPHASE – US-based solar company, were amongst the top five best performing stocks of 2020, while the Motley Fool, a financial advisory firm, rated NIO higher.

Blink Charging and Beam Global – charge stations for electric vehicles, were also among the top ten best performing stocks in the US market for the month of January.

Further, market sentiments have attached the same excitement to the stocks of other companies in the alternative and clean energy space, giving fantastic runs to companies in the mold of traditional solar farms, to cutting edge hydrogen cell batteries researchers.

Reports also showed that many alternative energy companies have also begun to tie into the cryptocurrency market, further deepening their attractiveness in a market bullish for cryptos in general.

For instance, STEM, a stock of an energy efficiency company, has aligned itself with a Bitcoin mining company. The mining process which is not only time consuming is also expensive because of the heavy amount of electricity required to mine, so theoretically STEM would be in pole position to lower the cost of that by applying its energy efficiency software to the mining activity. Such smart innovation is a further reason why these stocks are hoarding new investments.

More so, analysts believe that growing concerns for climate change impacts in the last few years or decades have helped to better position renewable energy stocks. The National Geographic noted that for the world to stave off the worst effects of climate change, it would have to resort to renewable energy as a key solution. Leveraging the zero-emission factor of renewable energy as possibly the reasons why its stocks are surging, 2021 is already on track to be the year of clean energy. This also exposes Nigeria’s stack witlessness on the direction the industry is headed. Its continued obsession for oil shows the country is poorly positioned for the next phase of the renewable energy market. 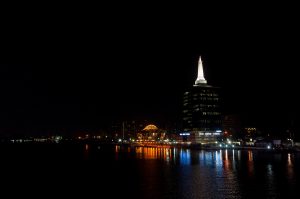 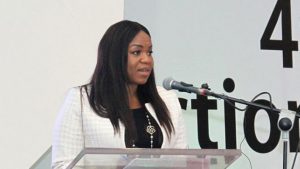 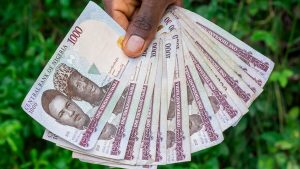 Investors, banks to ‘show’ Nigeria’s RE operators where the ‘money’ is