Mini grids – small-scale electricity generators connected to a distribution network, offer countries in Africa the opportunity to grow their electricity supplies cheaper and quicker, a new report from the Africa Minigrid Developers Association (AMDA) has disclosed.

However, AMDA’s Africa Minigrid Benchmarking Report, which was launched recently in Nairobi, explained that these numbers could be reduced with investments in, and regulatory supports for mini grids.

The report noted that new data confirms that distributed mini grids are the most reliable and affordable option for African governments seeking effective rural electrification and improved livelihoods.

It highlighted that lengthy and unpredictable approvals for mini grid projects in countries which participated in its survey hinder their growth.

According to it, developers operating in Benin, Cameroon, Democratic Republic of Congo, Kenya, Madagascar, Mali, Mauritania, Nigeria, Sierra Leone, Tanzania, Togo and Zambia participated in the inaugural benchmarking report from where its findings were made.

“The report confirmed the essential role of mini grids in ensuring delivery of affordable, clean and reliable electricity to all Africans, and spotlighted both barriers to accelerated growth and ways to overcome them,” said an AMDA statement.

It said that a 10-year period of mini grids operations in the countries were studied, focusing on important metrics such as installed and operating costs, financing, quality of service and regulatory approval times.

AMDA noted that parts of its findings were that:
Mini grids outperformed utilities in affordability, with average installed costs of $733 per connection for mini grids against utilities lowest cost of $1500 per connection.

“Mini grids are significantly less expensive in rural areas than national utilities, which at the lowest are $1,500 per connection, but are often thousands of dollars more costly. This means mini grids save governments money that could be used to support communities in other ways, or to lower the mini grid kilowatt hour price for mini grid consumers,” it said while recommending that mini grids are mainstreamed in national energy policies and budgets of African countries.

The reports equally found that installed costs for mini grids have dropped more than 60 per cent since 2015.

On this, AMDA said that: “The mini grid sector is quickly maturing, with operational, installation and capital costs decreasing accordingly with scale,” and therefore recommended an increase in public support to the private sector to lower mini grid costs further and accelerate private investments.

Further, it noted that mini grids offer better service than the central grid, adding that, “mini grid service level averages 99.1 per cent from the generation source. This is much higher than utilities, which for example in Zambia is only 72 per cent.

It thus recommended that countries fully incorporate service quality as a metric in national electrification planning and leverage mini grids to ensure reliable and quality electricity supply to rural communities.

AMDA’s report also found that various economic and energy regulations in African countries are stunting the growth of mini grid market in the continent.

“Energy regulations have historically been designed for small numbers of large projects, not a large number of small projects such as mini grids. This has resulted in average approval times per site for mini grids of more than 52 weeks, which if left unchanged will not allow Africa to achieve universal energy access on an acceptable timescale,” it stated.

According to it, mini grid average revenues per user (ARPU) remain low at under $5.00 average across all customer categories on the continent, including households and small businesses.

It also recommended an increase in efforts to economically empower mini grid customers and increase demand by focusing on productive use of energy from mini grids.

Public funding, the AMDA report noted is also key to unlocking private capital for mini grid projects, and therefore recommended an increase in the size, reliability and geographic scope of public financial support to bring the sector to scale across Africa, not in individual countries as is current practice.

AMDA’s CEO, Aaron Leopold in his remarks on the report however said that the market could experience a transformational moment if the right actions are adopted.

“The mini grid sector in Africa is beginning to scale up, and that means the beginning of a potentially transformational moment for rural African communities is at hand – if fair and effective financial, commercial and policy solutions are in place for the sector to continue on its current trajectory,” said Leopold.

He added that: “It is now clearer than ever that the sector is maturing, with costs dropping and service improving as investment increases. It is therefore fundamental for developers, donors and national governments to work together to continue to scale up the mini grid sector, while at the same time empowering customers to increase productive energy use that can bring economic benefits to rural communities. Only then can we achieve a financially viable and sustainable operating environment for mini grid companies.” 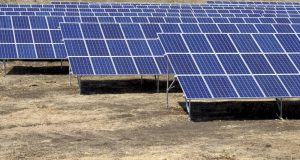