Smart Innovations in the sun

In continuation of its serialized research and reports on trailblazing renewable energy technologies, OGN takes a deep dive on solar technologies that defy mindsets to provide palpable supports to lives.

The future is here, now and amazing! Technology just keeps thinning the line between what is real and imagined and now more than ever it seems we as humans cannot keep up with how fast we are developing.

The sheer speed of science is mind numbing in some cases, like in the 1990s when many scientists declared AIDS incurable only for humanity to be on the verge of a breakthrough in 2016, less than three decades after.

The renewable energy sector has also experienced this technological boom, increasing the efficiency and lessening the cost of units as well as the costs per watts that wind, solar and biofuels provide.

Solar in particular has seen some aggressive improvements that has seen prices fall from about $76 in 1977 to about $0.38 per watt today. This astronomical advancement means the price of solar power fell by about 200 per cent since 1977, made possible by innovative thinking and unchecked imagination.

In this report, OGN from its research presents three instances of a perfectly pivoting solar technology driving innovation.

As the name implies, the Gosun oven is a tubular solar powered cooking device that magnifies the sun’s rays and uses them to cook meals speedily just as efficiently as regular stoves.

It also stores and cooks food when the sun is not out using an inbuilt charging system. It boasts of roasting, frying and boiling capabilities and is extremely light and convenient to move around.

According to its inventors, light is captured by the stove’s solar vacuum tube, a near-perfect insulator, allowing it to cook in even the most challenging conditions.

The Rawlemon solar cell is a spherical ‘generator’ which is more aptly defined as a 360 degrees magnifying glass that concentrates the sun’s power more keenly on the panels, providing greater efficiency in the capture of the sun’s energy.

In fact, this concept by German engineer Andre Broessel is so unique in that it actually pulls power from low light environments and even in the nighttime (from the moon’s rays), opening up the vista for energy generation at night.

Perovskite is an ultra-thin and flexible solar panel, which can be affixed on the surface of any conventional device – laptop, phones, tablets, etc, and provide them with power on the go.

The perovskite is the brainchild of polish scientist, Olga Malinkiewicz of Saule Technologies, and it stands to radically alter the universal relevance for solar cells because they are incredibly cheap to make and their applications seem boundless at this point.

They create the potential to coat an entire rooftop of buildings with cells to power houses. Cars and other transportation means can also easily adopt these technologies to augment their energy sources and greatly entrench the cleaner transportation drive. 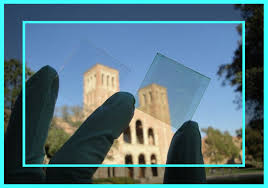 OGN however understands that whilst these devices are amazing, they all have drawbacks. They are also relatively new entrants in the growing solar market and could be vastly improved in the coming years.

Also, today’s competing technologies may likely be more or less redundant once these innovations hit their peak in terms of improvements.

For Nigeria, the race at this time is however not to acquire the latest or most innovative technology, but instead for greater appreciation of the massively untapped potential that lay in solar, which industry leaders like Tesla believe will be the world’s number one energy source soon, in a bid to solve her lingering energy issues.